We left the Arrowhead Campsites before 7:30 and headed east on US 90 to Grand Ridge. After a mile or two the morning traffic volume decreased and we got on a section of highway with a smooth, paved shoulder.  East of Grand Ridge there was some highway improvement work groin on and our paved shoulder was unusable for several miles. 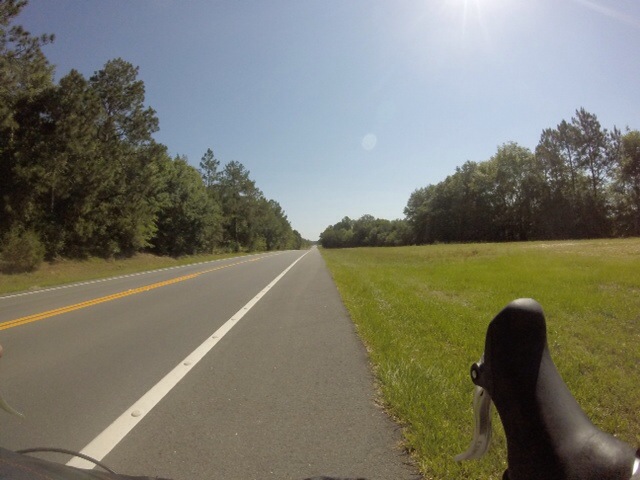 There were some quiet stretches on US 90

The weather forecast called for a high in the mid 80’s and easterly headwinds.  Just before reaching the town of Chattahoochee, we crossed the Apalachicola River and entered the Eastern Time Zone.  It felt good to be back in my home time zone. 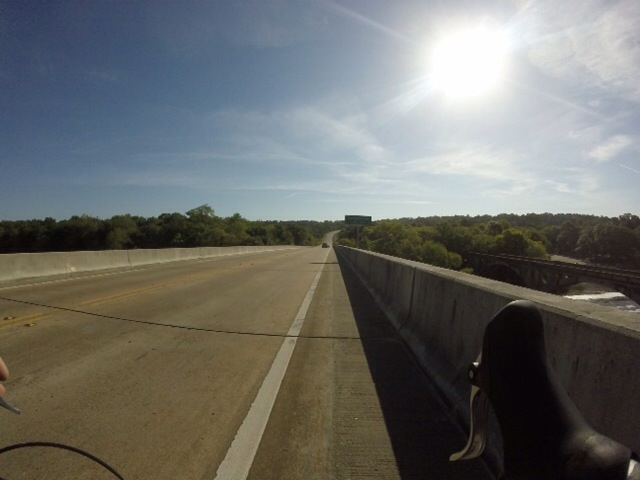 Arriving back in the Eastern time zone

The state of Georgia was about a mile north of Chattahoochee. We briefly thought about going north for a quick visit but decided to carry on and finish up the ride before it got too hot and before rush hour started in Tallahassee.

County roads 269 and 268 were nice to cycle on. There wasn’t much traffic and the rolling hills kept the ride interesting.  We arrived in Quincy after 44 miles. We found a place to eat and put our order in after a group of eight woman in front of us in line. We didn’t realize it until too late that the woman taking the orders was also the cook.  I had a nice sandwhich and coffee but it took much longer than expected.

The 11 mile stretch from Quincy to Midway on Highbridge Road was nice as the traffic volume was low again. That changed in Midway when we again connected with US 90 and cycled the rest of the way to Tallahassee. The ride through Tallahassee wasn’t too bad except for the last few miles on Apalachee Parkway with 4 lanes of busy traffic and no shoulder. We were released when we finally saw the Quality Inn sign up the road.  Today’s ride was 71 miles.