The day started out with a ride on a ferry about a mile away from where we camped.  We boarded the 8 am Mobile Bay ferry that took us on a 40 minute ride east to Fort Morgan. 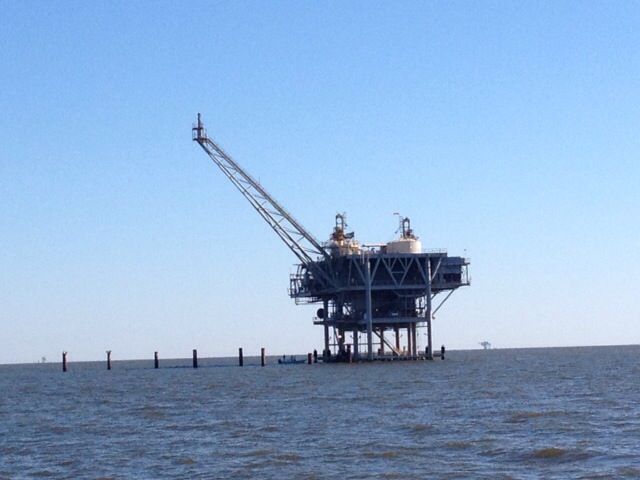 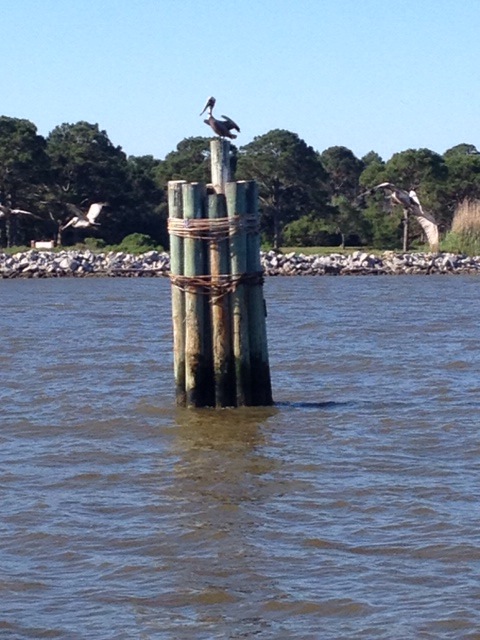 After getting off the ferry we rode east towards the town of Gulf Shores. Along the way we passed some nice homes and condos along the Gulf of Mexico.

It was another hot and sunny day and it was tempting to stop early along the way for a break.  Since we had a 90 mile day ahead of us and a late start because of the ferry, we continued on and decided to stop for lunch once we reached Florida.  After about 32 miles we crossed the state line and stopped as usual for pictures. 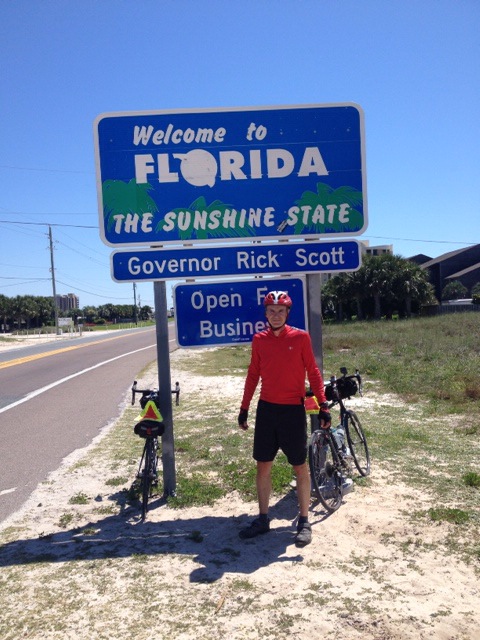 We carried on past the town of Gulf Beach and finally stopped for lunch and a break at a restaurant on the Gulf Beach Highway, at about the 40 mile mark of the day.  After lunch we carried past the town of Pleasant Grove and in to Pensacola. The ride through Pensacola was nice and the the traffic was not very heavy.  After Pensacola we rode on Highway 90 (Scenic Highway).  It followed along the shore of Escambia Bay. The traffic volume picked up and we were happy to have a paved shoulder to ride on, although there was some road debris. 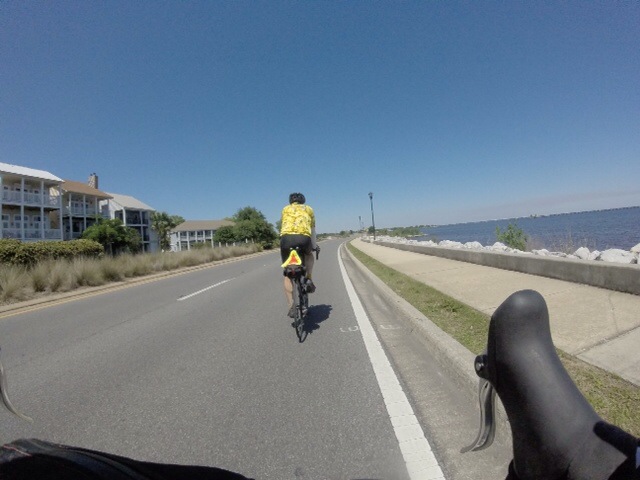 The ride from Pace to Milton was not as enjoyable. While there was a bike lane most of the way, the traffic volume was large and there were many stores, restaurants and businesses along the way with cars leaving and getting on US 90.  There was a lot of stop and go riding at street lights.  We stopped at a Tasty Freeze in Milton for ice cream before riding the remaining 5 or 6 miles to the KOA east of Milton.  The KOA is a very good campground with good washrooms, showers and laundry facilities. Today’s ride was 90 miles.