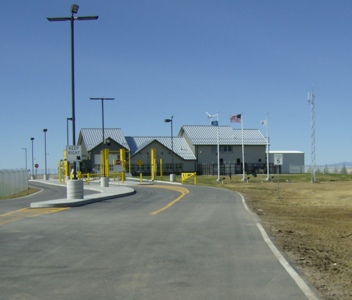 The wind was brisk when I left Cardston before 7:30 in the morning on July 4. I was heading southeast and the wind was from the southwest so I had a cross wind for most of the morning. After riding about 50 km I arrived at the border crossing just south of Del Bonita. I continued on to Cut Bank 60 km from the border. There was very little traffic and in close to 100 km I only saw about a dozen vehicles. The last 10 km in to Cut Bank was brutal because the road turned south and the strong southwesterly almost stopped me in my tracks. I arrived in Cut Bank just before 1 pm and took a short break at a rest stop. Since it was early in the day and the traffic was light because of the July 4 holiday I decided to carry on heading east on Highway 2. Luckily for me the wind was starting to become more westerly and the 40 km ride to Shelby was fast. I arrived in Shelby before 2:30 and decided to call it quits for the day and get some rest for tomorrow. I ended up riding 157 km for the day.

The road to Cut Bank