On Sunday I rode from Catalina State Park to a hotel near the airport. Most of the ride was on paved bike paths although there was some on road cycling as I neared the airport. It was Easter Sunday so the traffic was pretty light. The ride was 35 miles.

On Monday I relaxed, walked and cycled east along the Julian Wash Greenway bike path. It’s a bit of a misnomer since there is much more brown than green. It’s a great bike path and provides many underpasses under busy roads and good crossings on less busy roads. I ended up riding about 23 miles.

It was another nice day so I decided to ride east again on the Julian Wash Greenway path to Saguaro National Park. Most of today’s cycling was on paved bike paths although the last several miles to the park were through neighbourhood streets and roads. The 8 mile loop through the park is very nice with beautiful scenery and good cycling. The round trip from my hotel was 58 miles. 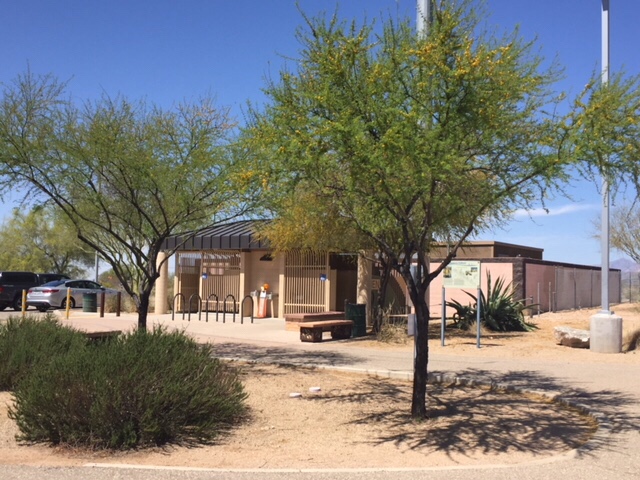 Comfort station for cyclists along the bike path 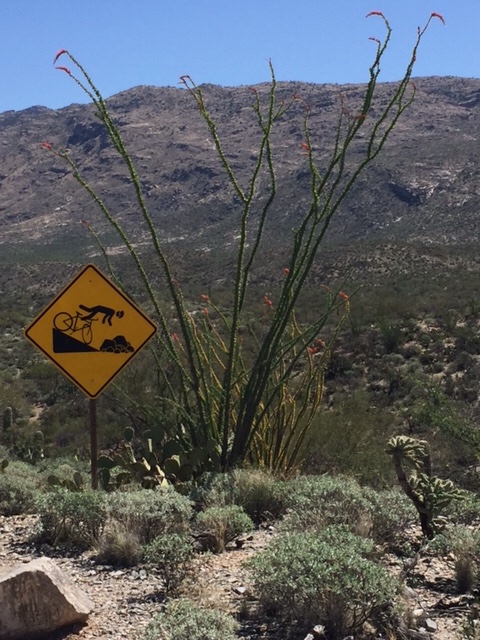 Good sign in the park before a steep downhill and sharp turn at the bottom. 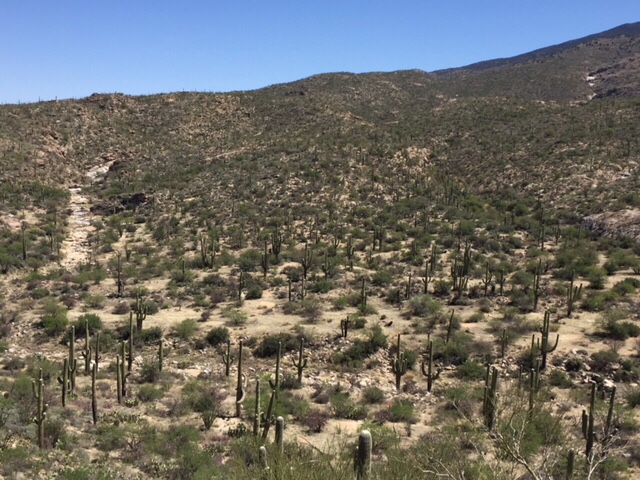 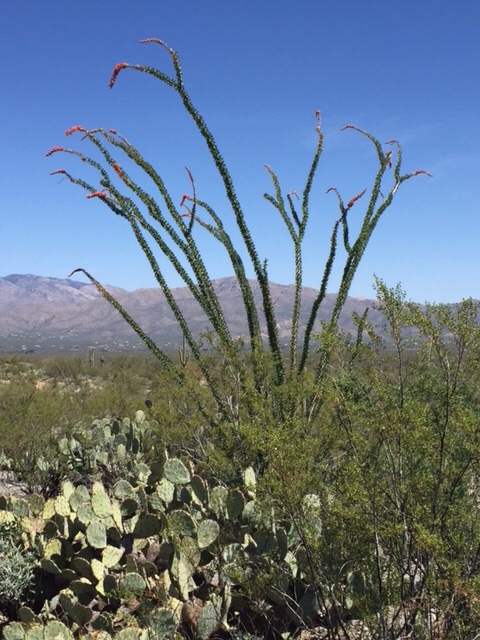 I’ve had a great trip so far but can’t wait to get home to cold temperatures and snow. Maybe I’ll get a little skiing in next week. The forecast never changes here. How do people stand it? 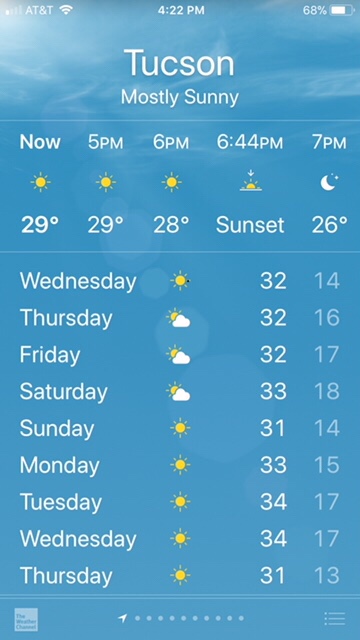